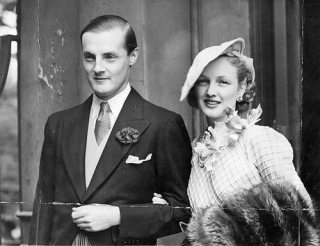 She was skinny. Her bones fresh, and unencumbered by the weight of his drunken absences, the unpaid bills, the cold nights without coal. My mother was beautiful, her mouth closed to hide rotten teeth, eventually to be replaced by dentures that added to the illusion of unending vibrance.
He was double breasted, a gangster with a good heart. He was, like Boggie, a man punctuated in his charm with a hanging cigarette. He would work his days as a construction man, a man turned nearly black from the sun, but there was in my eyes always that idea he might just drive up in a shiny new Packard, loaded with cases of bootleg whiskey and stolen furs.
She stood askew, as if she were disjointed, or pieced together as an afterthought, her head shifted one direction, her hips the other, her feet planted as an opposing force, an alignment of awkward maybes. He was there, but not really. Her arm linked in his, it made you wonder, how or why did two people ever form this conspiracy of connection, a wonderment of “it was always meant to be?” It must have been that they made love, conceived me, even raised me, just as real partners would, who really were “meant to be.”
Seems to me, looking at them, and all the “us” connections I’ve made of my own, the seeds of destruction are in every fresh possibility. I suppose the real love stories begin with this humble observation: they did not kill one another.