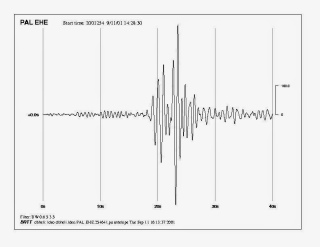 She was a drunk with a tremor.  He was suffering from early Parkinson’s.  If their tremors could just off set one another, they could share a cup of coffee.  As it was, they spilt over one another in the café they both favored in the middle of the day.  It was the beginning of a romance.
It seems drunks and Parkinson victims have a sort of fascination with the end times.  She enjoyed reading the book of Revelation, and he favored sci-fi movies with apocalyptic themes.  When your first shared interest is the tremors, it helps to have a second interest.
She had been married, or more accurately, continued to be married to a man whom she swears jumped off the George Washington bridge on a frigid November night, and cracked his head on a chunk of ice waiting for him in the Hudson.  The ice carried the blood out to sea, and the body was not recovered, and the only witness was, well, a drunk.  The river was dredged, and an investigation conducted.  No body.  No evidence of foul play.  A missing person’s report was filed, and the clock now had ticked for 4 of the 7 years needed to presume death.  In the meantime, her old friend Mr. Alcohol remained close by.
Bernadette and Carlos had their first date at an ice skating rink.  Bernadette had developed a fondness for ice ever since that fateful day, and Carlos enjoyed a place where other people looked equally out of control.  They shared hot chocolate, his on her pants, hers on his.  They told themselves they would never forget these warm, sometimes scalding moments.
It seemed the relationship was going well.  Bernadette began 12 step meetings, and Carlos began to relax more, confirming the theory that stress worsened the symptoms.  On Thursdays they attended meetings of the Jersey City End Times Society.  They read all the oldest and newest signals, but the evidence was neither as convincing nor as attractive as it once was.  A world of wild curve balls occasionally brought a Springtime of reprieve. They found various reasons not to attend the meetings, preferring an occasional symphony or art exhibit, or a lecture on the treatment of various neurological diseases.  At home, with the curtains drawn, they danced to salsa or Frank Sinatra. A chart on the wall tracked how often they stepped on each other’s toes.  They soon learned not to wear shoes, and Bernadette made Carlos get his toenails clipped.
As Bernadette got better, Carlos deteriorated.  A man Bernadette met at a 12-step meeting called the house repeatedly.
“He’s my sponsor,” she said, “nothing more.”
“You share everything with him.”
“Not everything.”  She smiled that smile, and moved her hand up his chest and along his cheek, kissing him lightly on the lips.”
“Don’t,” he said, refusing to be distracted.
“You’re jealous.”
“Of course I’m jealous.  You share your soul with him.”
“I share my stink’n think’n.  You should be glad to be spared, and you should be glad I’m sharing it with someone.”
“I should ‘this,’ and I should ‘that.’  I should not feel what I feel.  Is that what you pick up in your 12 step meetings?”
“So you want me to get a new sponsor.”
“That would be a start.”
“So I design my recovery around your jealousy?  I don’t think so.”
Bernadette started attending extra meetings, and staying later for coffee and discussion after the meeting.  She knew it would make Carlos more jealous.  That was fine with her.  He wasn’t going to dictate her life for her.
It was a cold November night.  Carlos could no longer drive.  Somehow, Bernadette had avoided a DUI, and still had her license.   They had just come from the symphony, Mahler’s Ninth.  The death symphony some called it.  Mahler knew he had little time left.  Like Beethoven, his last hurrah was to be number nine.  Unlike Beethoven, he was a mediocre talent in the pantheon of geniuses.
“I’d like to stop here,” she said.
“It’s not safe,”
“I need to make amends.  He’s gone.  I never had a chance.  I need to let him know.”
“What, in the middle of the night in the freezing cold, here?  Are you crazy?”
“Well, yes, as a matter of fact I am.  That’s why I need to do this.  Please, come with me.  I need your support to get through this.”
“Why don’t you call your sponsor.  He’s always your first choice, isn’t he?”
The cars whizzed by them.  Bernadette left the emergency lights blinking on the Oldsmobile.  When she got out and walked to the edge of the bridge rail alone, he sat in the car watching fast moving traffic bear down on the car, switching lanes so quickly it made him gasp.
Stepping up beside her, he said, “Can’t you move it along a little?  We’re going be rear ended.”
“You know, he didn’t jump,” she said.
“What?”
“He was standing about where you are now, accusing and blaming me.  Beating me physically wasn’t enough for him.  He filled in the time with verbal abuse.”
“So your amends include apologizing for murder?”
“Seems to me he had it coming, but that’s what they all say, right?” she said.
“Wouldn’t know.  Other than you, don’t hang with confessed murderers.”
She turned to look at him.  “How can you be jealous?  How can you think I don’t love you?  I’ve just given you enough information to send me to death row.”
He was silent.  “It’s enough to turn a woman into a serial killer,” she said.
“Let’s get back to the car, he said.  This is creepy, and freezing cold.”