Skip to content
Date: November 8, 2014Author: Employee Rights Attorney Orange County California 0 Comments
The following is an exercise assigned by writer Alan Cherchesov as part of the University of Iowa free international online course:  “How Writers Write Fiction.”  Online Courses
Exercise One:  A self story of 10 sentences, any genre, with each sentence to contain one numeral. 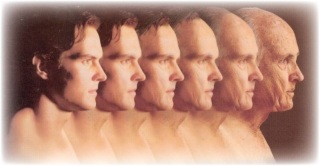 At sixty-three, the time of fresh starts was nearly over.  If he had one advantage of age, it was to sense the theme of his life.  Two wives, two houses, seventeen years of formal education, one child, at least seven employments and two businesses later, he felt himself still wanting to crack open the shell of his life to taste the meat within.  But if the shell was opened, would a thousand daemons, starved for six decades, rush to feed upon him?  Though he whined the drab repetitions of old age, the truth was that his twenties were as exhausting as his sixth decade.  The difference was that his physical pains were greater and more diverse, each reminding him to calculate the diminishing number of his last good years as something under ten.  Now the pressing question was how many more thousands of dollars were required to hold at bay the white clad harpies that would be his extended care attendants?  His poetic sense had always been dark, but the idea of going to the negative side of zero added a new blackness to an old theme.   His parents were the repositories of impoverished thinking born of early twentieth century lack.  His inheritance was the belief that loss would always score one more point than gain.  Yet, his creativity was like Rocky Balboa in the fifteenth round, legs wobbly, face scared and bruised, eyes swollen, but in the end, two arms raised in victory- this was the way he saw his writing, alive and unyielding.